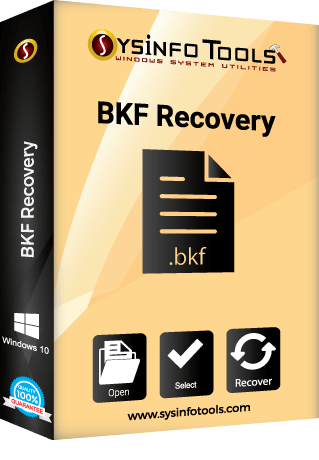 The BKF repair tool is highly intuitive as it is enhanced with self-explanatory interactive wizard requiring no prior technical expertise. The interface of the software is very clear and simplified for end user.

This software is multifunctional to understand Unicode, reads it and recovers any data loss related to it.

BKF repair tool maintains the integrity of the original file or nature of data and the related data objects, as available in corrupt BKF files.

The BKF repair tool offers two unique snapshot features viz. "Load Recovery Snapshot" and "Save recovery Snapshot" which allow user(s) to save and load the snapshots of the recovered file(s) to avoid future re-scanning which saves a lot of scanning time especially in very large files.

This tool enables users to choose specific file locations for saving recovered file on system drives. In addition, users may save specific search files to a desired location.

"Rename Option" within the software enables users to set a new name for recovered BKF file from the corrupted ones.

The BKF repair tool has been upgraded for quick scanning. Now, it can scan 100 GB corrupt BKF file(s) in only 60 seconds. It also provides repair for heavy MS BKF files which are up to or more than 1 TB.

This software creates a log file for the entire BKF recovery process in a text format. The log file can be useful in a longer run.

This feature comes in handy when you need to search the files from within the folders shown in the tree view by giving name or file extensions.

Save in folder hierarchy

This feature within the BKF Repair tool enables users to save the data in existing folder hierarchy in user-specific location.

Some of the Salient Features are:

Software can seamlessly restore BKF files which can become corrupted due to multiple reasons such as: Virus attacks, CRC error, Disk Corruption, unexpected interruption in Backup process, and cor. If your BKF file is created or generated by VERITAS or Symantec Backup Exec, then there are fair chances that "software compression" will be enable for your BKF files. In this case you might need SysInfoTools Backup Exec BKF Repair software v1.0 which is specially designed and developed to recover data from BKF files created using VERITAS or Symantec Backup Exec.

These BKF files are sometimes much more complex and require special techniques to completely recover data from it. Thus, simple BKF recovery software might not work on such BKF files.

SysInfoTools Backup Exec Recover is the only software available in market that supports such functionality.

Demo version of the software shows preview of those files which are under 10 MB sizes, as previewing large file in demo version, it can hamper the performance of the software and stability. But 10mb file size cap is fairly large and most images, files and document can fit under this limit. This limit is removed from FULL version of SysInfoTools BKF Repair v4.0. 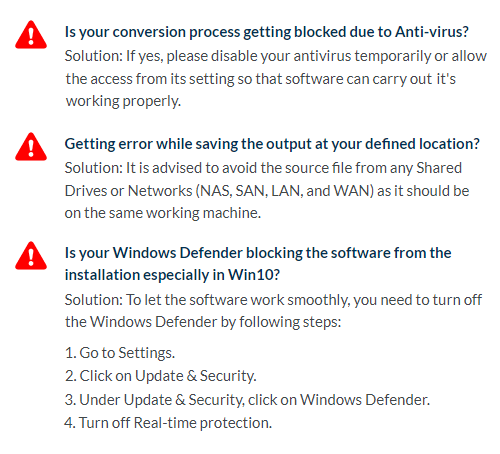 What is BKF File?

BKF is known as "Backup Files." It is a built–in backup application used to create a proprietary backup format (BKF). It is also known as "Microsoft Tape Format" (MTF) and is a free utility available with Windows XP. Anyone can use it to take the backup of their valuable data from data loss situation. You can take the backup of your files in Tape, Zip Drives, Floppy Disks, and Hard disks etc. This NTBackup utility supports Encrypting file system, NTFS hard links and junction points, alternate data streams, disk quota information, mounted drive and remote storage information. It saves NTFS permissions, audit entries and ownership settings, respects the archive bit attribute on files and folders and can create differential and incremental backups, backup catalogs, as well as Automated System Recovery. A backup or the process of backing up files refers to preparing copies of data so that these copies may be used to restore the original after data loss event. Backup is the most important step to prevent data from data loss situations. There are two useful purposes of backup: Used to restore data in the situation of disaster (called disaster recovery). Used to restore small number of files in the situation of accidently deleted or corrupted due to any of the reason. This is a default and can be renamed to any extension, although this feature is not installed in "XP Home" by default. You can easily install it from the added value directory from CD of your "XP Home". After installing it you can use it to create a backup. You can take the backup of your drives easily by using the NTBackup feature. Open Run and enter "NTBACKUP" command, press "Enter," and follow the instructions of the utility. If you make multiple backups, then the catalog of those backups is kept in your hard disk at "\Documents and Settings\All Users\Application Data\Microsoft\Windows NT\NTBackup\catalogs51 location.

Why should I back up files?

Backing up your files helps to protect them from being permanently lost or changed in the event of accidental deletion, a worm or virus attack, or a software or hardware failure. If any of those things occur and your files are backed up, you can easily restore those files.

Which files should I back up?

You should back up anything that would be difficult or impossible to replace, and regularly back up files that you change frequently; pictures, videos, music, projects, and financial records are examples of files that you should back up. You don't need to back up programs because you can use the original product disks to reinstall them, and programs typically take up a lot of disk space.

How often should I back up files?

It depends on the number of files you create and how often you create them. If you create new files every day, you might want to back up weekly or even daily. Likewise, if you occasionally create many files - for example, if you save a lot of digital photos from a birthday party or graduation, back them up right away. It's best to schedule regular, automatic backups so you don't even have to think about it. You can choose to have your files backed up daily, weekly, or monthly. You can also back up manually between automatic backups.

NOTE: The ability to set up automatic backups is not included in Windows VistaHome Basic; however, Windows will periodically remind you to back up your files.

How do I install the full version of the software?

Once we receive your payment, we immediately send you the respective download link for the full version of the software along with the activation Code which you will receive on your email Id. Even then if you feel any problem then contact us at our mail ID and we will be very grateful to help our customers on 24x7 basis.

What is the different between Demo & Full Version?

The demo version of the software reads corrupt BKF files and displays all files and folders in hierarchy from corrupt BKF files, but does not allow extracting or saving those files to the computer system. To saving your files, you need to purchase the full license.

Why don't I see the location I want to back up to in the Back Up Files wizard?

The level of support I received is unlike any company I have ever encountered! They make their customers their top priority. I am very happy to connect with these guys and purchased BKF Recovery Tool from SysInfoTools.

It is the best tool with the fastest scanning abilities and recovery possibilities. This tool helped me so much, when I needed to be recovered my BKF files quickly. I am glad to use this tool and recommend others. Thank you!

I am technical person and there were many times, when I was connected with the software providers. However, I must say that the SysInfoTools provide the best level of service and training that is far better than any other I've worked with in the past. Happy to find you guys!!

I recovered my all my corrupt NTbackup files including images, videos, projects, records, etc. This tool helps me to back up my files safely and quickly. The SysInfoTools team is very helpful and very proficient in their work.

SysInfoTools BKF recovery tool gives me a fast and secure recovery solution. Select range is the best feature in it and hence, I was able to recover my BKF files partially. I will definitely recommend this tool for users who want to repair BKF files quickly.

Not only does SysInfoTools have a great product, but they also take great care of their customers and actually treat you like a person - not just a client. These guys are very friendly with the customers as well as expertise in their work. Hats off to you guys!

DBF Recovery
At Service Since 2010
Trusted by Millions
SSL Secure